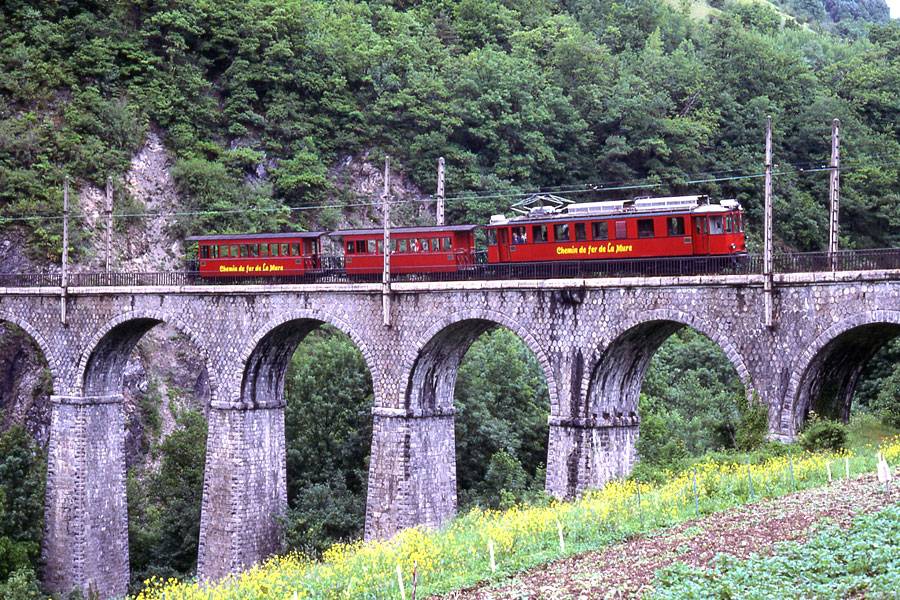 The railway of the ‘Train de la Mure’ runs along the mountain slope, offering an amazing view on the area. By the end of the 19th century, the construction of this railway was a real prowess. After being used for almost 100 years to transport charcoal, it is now used for a tourist train. On board of train cars from the 1930s, this first electrical train of France will take you through the splendid landscapes of the Isère, with a breathtaking view on the Gorges du Drac, the Massif du Vercors and the Mont Aiguille.